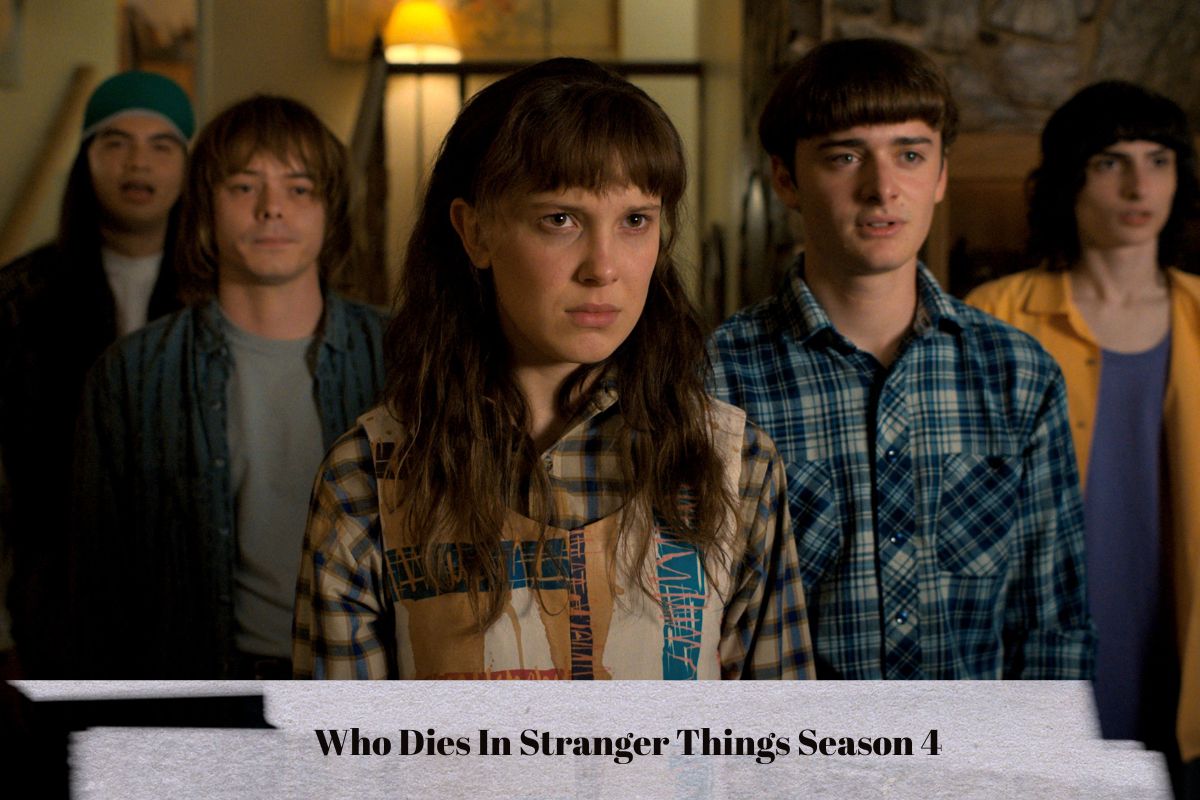 STRANGER THINGS an American Sci-fi fiction horror Netflix Originals series created by Duffer Brothers which streaming on Netflix. Set in the 1980s primarily in the fictional town of Hawkins, Indiana, the series centers around numerous supernatural events occurring around the town, specifically around their connection to a hostile alternate reality called the “Upside Down”, after a link between it and Earth is made by a United States government child experimentation facility.

Stranger Things has attracted record viewership on Netflix, and was praised by critics for its characterization, atmosphere, acting, soundtrack, directing, writing, and homages to 1980s films.

1986 serves as the backdrop for the fourth season. The gang is now divided into two groups because Joyce had to go to California with Will, Jonathan, and Eleven, whom she looked for after Hopper’s passing/disappearance at the conclusion of season 3.

Eleven is making an effort to fit into her new environment and school using her real name Jane, but she is having difficulty because of bullying. Will tries to help her but is unable to do so because she is struggling harder now that Mike and Hopper aren’t around. Eleven has been powerless during this entire ordeal.

While Mike waits for spring break to travel to California to meet Eleven, Lucas has joined the basketball team, and Dustin is continuing to carry out his daily activities in the second section of the group.

The scenes from season 3 have damaged Max’s personal life and caused her to withdraw from the group. While Steve and Robin are looking for love, Nancy and Jonathan are dealing with their own relationship issues.

Dr. Brenner, aka Papa , assists Eleven in escaping when the feds raid his makeshift laboratory in the desert, but he is shot multiple times in the back while doing so.

Eddie Munson, In the Upside Down, he fights a horde of Demobats  all by himself and is ultimately defeated.

Jason Carver , Jason’s body is practically ripped in half when the ground underneath him splits open when Vecna causes a fusion between the Upside Down and actual Hawkins.

On September 30, 2019, the season’s first teaser trailer and formal announcement were both made.

On February 14, 2020, a clip from the fourth season was made public, revealing Jim Hopper’s ultimate end. On March 3, 2020, a new teaser video showcasing the Season 4 table read was unveiled.

A teaser trailer for many Hawkins National Laboratory test subjects was unveiled on May 6, 2021.

Several photos from the season were revealed in a sneak peek that was released on August 6th, 2021. Additionally, it hinted that it would be released in 2022 but did not provide a specific date.

A third teaser trailer was released on September 25th, 2021, that showcases the house that was previously owned by the Creel family

Below are the titles for the episodes of Season 4:

Children, who are viewed as immature, are made to endure numerous supernatural encounters that an adult person would not accept as real in the television series Stranger Things.

Adults will seek explanations based on logic and reason for such occurrences, and they will find it extremely difficult to accept supernatural claims. Kids will undoubtedly try to make sense of these events, but because of their innocence and lack of exposure to the outside world and its inhabitants, they find it simpler to deal with them.

The children in Stranger Things are geeks who play Dungeons and Dragons and are generally considered outsiders in their school. Teachers, classmates, and even parents and siblings don’t take these children seriously at school.

TV Line said that Season 4 was supposed to start filming in January 2020. And when a teaser was made available on February 14, the Duffer brothers declared that the fourth season’s filming had already started.

The season was being shot under the working title “Tareco,” which is actually a type of Brazilian biscuit, according to a listing in Production Weekly. Filming began in Atlanta and then proceeded to Vilnius, Lithuania, before being halted by the COVID-19 outbreak. Production was only two episodes into the season before it was stopped, according to stunt coordinator Hiro Koda.

It was formally announced on October 1, 2020, that the fourth season’s filming has started up again. On November 6, images of Gaten Matarazzo, Joe Keery, Sadie Sink, and Caleb McLaughlin during filming takes were made public in honour of Stranger Things Day.

Production on this season is nearly complete as of August 1st 2021, with at least a month or two remaining and the release date likely to be announced.

It has been nominated 13 times for Emmy Award.The fourth season of Stranger Things becomes the most-watched English-language show on Netflix ever and ranks second overall.

Season 4 was watched for 301.3 million hours between June 27 and July 3 during which Volume 2 was only available for three days. Following the May 30-June 5 viewing window, Volume 1 brought in 335 million hours viewed, becoming the season’s second most successful week.

The beginning of the end. 2024. #StrangerThings pic.twitter.com/0YA8nPBrCx

Fans are eagerly waiting for the last season to finally reveal all the mysteries of the upside down and the hawkins. The main curiosity of everyone lies within the Season 4’s cliffhanger along with infinite questions. Sadly, this will be the final journey towards the end of the season . As the series have continued breaking records throughout the years, the charts will be surely blown above the roofs at the end.