Outer Banks is set on the Outer Banks of North Carolina. The main plot surrounds a tight-knit group of teenagers from the wrong side of the tracks called The Pogues. The Pogues, led by their charismatic leader John B, set out on a mission to find his missing father after a series of strange incidents take place on the island. They discover a treasure map along the way, which reveals a long-kept secret. 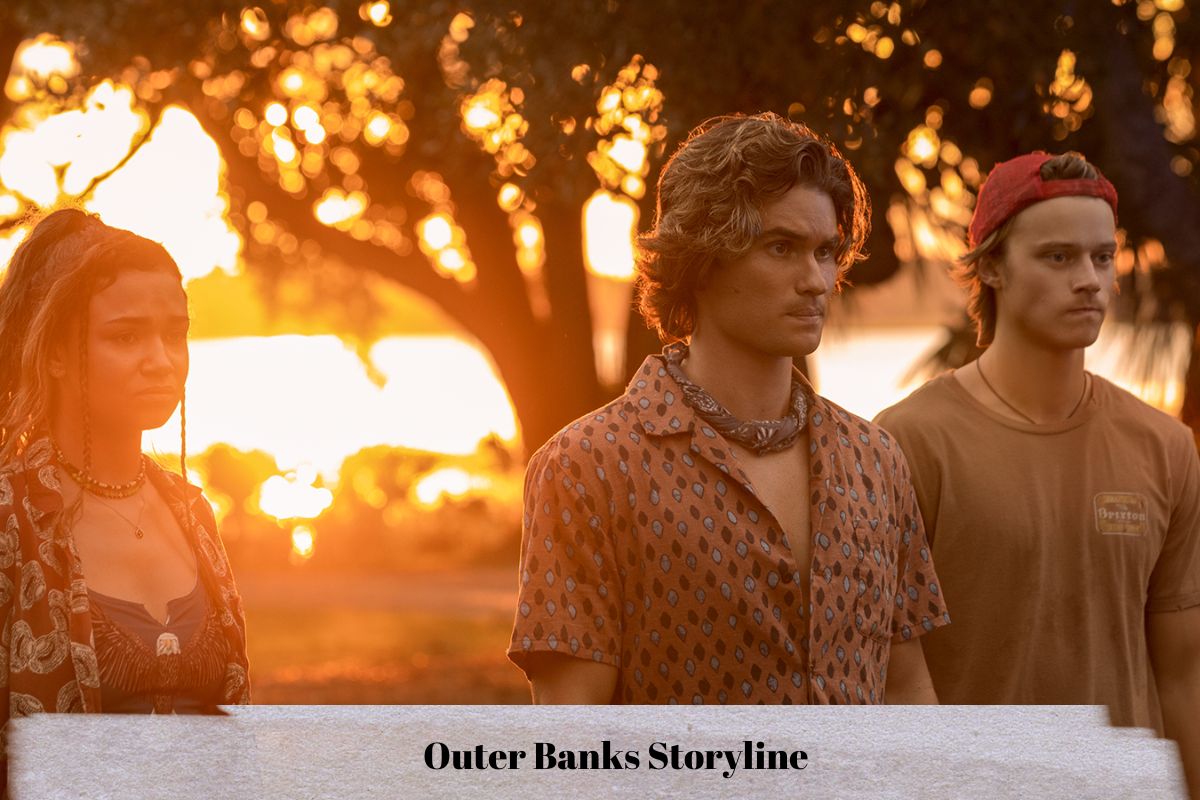 John B. (Chase Stokes), who lives in North Carolina, is certain that his father’s disappearance isn’t a simple accident. He and his companions, the “Pogues,” discover that they aren’t the only ones searching for the Royal Merchant’s treasures as they continue to probe the depths of the ocean for the source of everything.

Due to Season 1’s overwhelming popularity on the streaming service, Season 2 of the series was ordered in late July 2020. We know there are two sides to living on the Outer Banks right away. Either you stand with the working class, the Pogues, or the elite, often known as the Kooks. The Kooks’ extravagant lifestyle makes it clear that they can always avoid difficulty, while the Pogues cannot claim the same.

There are two people in these two groups who were born with privilege but who repeatedly struggle to recognise themselves as Kooks. For instance, despite being the wealthy restaurant owner’s daughter, Kiara, commonly known as Ki, still loves to hang out with the teenagers from the opposite side of the island (also known as the Cut).

Netflix gave the production a series order for a first season with ten episodes on May 3, 2019, it was revealed. Josh Pate, Jonas Pate, and Shannon Burke were responsible for the series’ conception and executive production. On April 15, 2020, the television series premiered. A second season of the show was ordered by Netflix on July 24, 2020, and it premiered on July 30, 2021. The show received a third season renewal from Netflix on December 7, 2021.

Co-creator Jonas Pate wanted to shoot the show in Wilmington, North Carolina, but Netflix decided against it due to House Bill 2 there. In Charleston, South Carolina, on May 1, 2019, principal photography for the first season got underway. The second season’s filming lasted from August 31, 2020, until April 2, 2021. On February 15, 2022, the third season’s filming got under way.

The post’s heading read: “Don’t text or call. Poguelandia has no services. OBX 3 is now being produced again.”

Outer Banks, which was watched for a total of 2.1 billion minutes over the course of its 20 episodes, came in first place on the Nielsen ratings U.S. streaming list for the week of August 2–8, 2021. With a total of 1.16 billion total minutes of viewing for the 20 episodes, the series was once again placed first the following week in the Nielsen ratings U.S. streaming list.

“This show is ridiculously unrealistic, but tbh I don’t even care. It’s obvious that it’s not supposed to be the most serious show ever, so I’m totally fine with it being completely over the top.

The main actors are very easy on they eyes, and are doing a pretty decent job with their acting (nothing outstanding of course).

The actors are way too old for the roles they are playing, until Sarah said she was only 16, I wasn’t really sure what age they were supposed to be. But whatever, that’s nothing new. Casting of age appropriate actors is super hard, so I can’t deduct any points for that really.

I am not completely finished yet, but so far it’s fun, fast paces, enjoyable.”